The Expositor's Bible: Colossians and Philemon 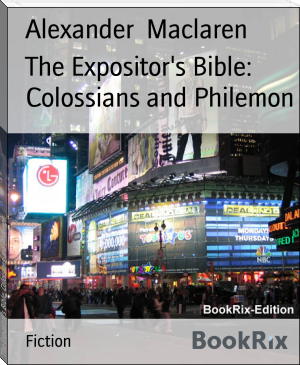 Maclaren was born in Glasgow on February 11, 1826, and died in Manchester on May 5, 1910. He had been for almost sixty-five years a minister, entirely devoted to his calling. He lived more than almost any of the great preachers of his time between his study, his pulpit, his pen.