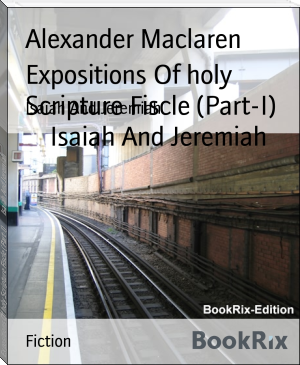 Maclaren was born in Glasgow, Scotland, the son of David Maclaren, a merchant and Baptist lay preacher.[1] In 1836, his father went to Australia where from 1837 to 1841 he served as Resident Manager of the South Australian Company, leaving his family in Edinburgh. During his father's absence Maclaren was converted and publicly baptized into the fellowship of the Hope St. Baptist Church, Glasgow, some time between the ages of eleven and thirteen.[1][2] He was educated at the Glasgow High School, and Glasgow University,[2] and on the return of David Maclaren from Australia, the family moved to London.[1] In 1842, at the age of sixteen, Maclaren entered Stepney College, a Baptist institution in London.[1][2]

At Stepney, Maclaren was heavily influenced by Dr. David Davies, an eminent Hebrew scholar, and became an enthusiastic student of Hebrew and Greek, among other subjects.[1] He took his BA degree at the University of London before he was twenty,[2] sitting for examinations for his arts degree, and winning prizes in Hebrew and Greek.[1] Besides his collegiate studies, he read widely in literature, being especially fond of the English poets. The following year he commenced his ministry at Portland Chapel, Southampton.[2] He worked there for twelve years, and developed a reputation as an attractive and powerful preacher.[2] After much solicitation from other congregations, he received and accepted an invitation to the pastorate of Union Chapel, Fallowfield, Manchester,[1][2] where he remained until his retirement, in 1903.[1] He visited Australia and New Zealand in 1889 where, despite indifferent health, he preached at major cities to large congregations.[3]