A Bilateral Division of the Parietal Bone in a Chimpanzee

with a Special Reference to the Oblique Sutures in the Parietal Von: Ales Hrdlicka 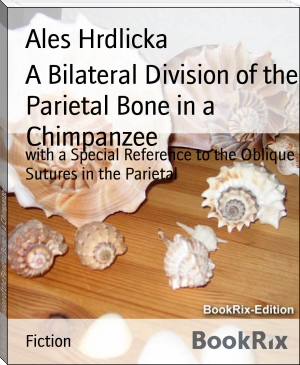 Aleš Hrdlička or Alës Hrdlicka (March 29, 1869 – September 5, 1943) was a Czech anthropologist who lived in the United States after his family had moved there in 1881. He was born in Humpolec, Bohemia (today in the Czech Republic) and given a baptismal name "Alois", which he later changed into a more patriotic form "Aleš".