The Return of the Sun 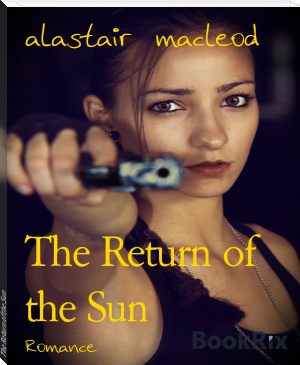 "Tell the 'copter to go away,” said the guerilla leader, a woman. He recognised her, Ernesta Arnel; one of the “most wanted". Her hair was cut short, the high cheek bones denoted tribal ancestry. In other circumstances he would have found her attractive. In her green uniform she looked tough, weapons belts festooned her.
He knew she had been fighting in the jungle for twelve years

She studied him. Handsome, his Indian features were rugged; the eyes small, dark, with thick eyebrows above, hair cut short in the military style. She had not been near a man in an intimate way in months.
Her life in the guerrillas meant rough food, rough quarters, and the only perfumes the smell of corpses and fresh blood. They measured themselves in deaths.
How many did they have to kill to succeed?
"Eternal Revolution" the leader had said, but something in her craved for stability - a hearth like this one, her own hut.
She looked into his eyes and saw the same need"