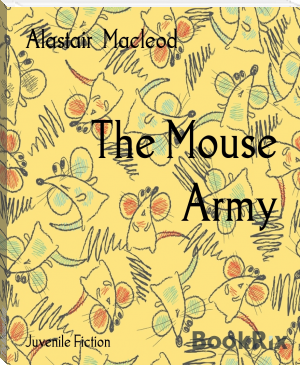 "One winter's night, the chief of the McCorquodale's was sitting at his dinner in the great hall of his castle. Logs blazed in the huge fireplace and fir branch torches hung from the stone walls.
Seated at the long table with him were his main men and often his harper would play a tune as they munched their way through some venison or salmon.
As they sat at table a guard came in with a strange announcement; an army was approaching, an army of mice.
The chief got to his feet and with his men went to the battlements.
In the dim light of the moon he could see below him the glitter of hundreds of tiny spears and the moon reflected in hundreds of little helmets and suits of chain mail.
A tiny squeaky voice shouted up "surrender or we will attack"