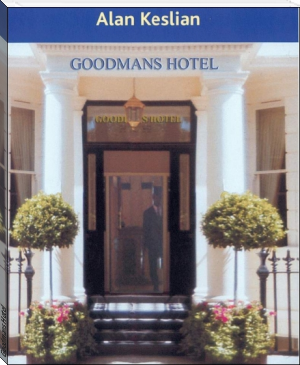 “Goodmans Hotel”, a full length novel, is a gay love story set in 1990s London. Mark, a City high-flyer, is irresistibly attracted to Tom, a manual worker from a tough neighbourhood. Both men have been marked by past ordeals.

Conflict between powerful cabals in the City firm causes Mark to leave, with a generous pay off. Tom’s boss, Andrew, a determinedly independent small businessman, convinces him he should put all his resources into setting up a gay guest house, the ‘Goodmans Hotel’ of the title. There he hopes for release from the heartlessly competitive norms of his old working life.

He takes in an eighteen year old runaway, Darren, who is escaping from his parents’ religious bigotry. Mark comes to think of Tom, Darren and Andrew as his ‘family’. A crisis forces Mark and Tom apart, until eventually the family are reconciled and reunited in the final chapter, their understanding of life deepened by the challenges they have faced.

Two people I respect have saved this book to their favorites, so I know it must be good, but unfortunately my eyesight isn't as good as theirs and I can't actually see the text! Please could you increase the font size so that I can read it and comment?