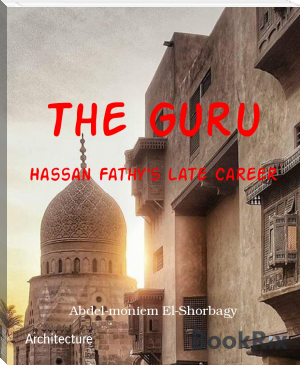 Hassan Fathy returned from Athens to live in Cairo in 1962. He was thoroughly depressed at the thought of having to live among the noisy, crowded streets of modern Cairo. However, he lived in a flat in the Aly Labib house, a Mamluk house built in the 18th century and was known as Beit Al-Fan (home of the art). Not surprisingly, Fathy’s belief in the value of tradition was still strong. His primary concern was to develop his mud-brick style and the self-help building approach, which he had been experimenting with since the mid-1940s. In the period between 1962 and 1967, Fathy experienced misfortune in realizing many projects. However, since 1967 until his death in 1989, Fathy’ traditional approach began to be appreciated and he was able to design and build many different residential projects as well as commercial ones. In the 1980, Fathy’s effort was acknowledged by many awards including, the United Nations Peace Medal, the Aga Khan Award for Architecture, and the first Gold Medal of the Union Internationale des Architects. In 1989, Fathy died in his 18th century Mamluk house, Cairo.