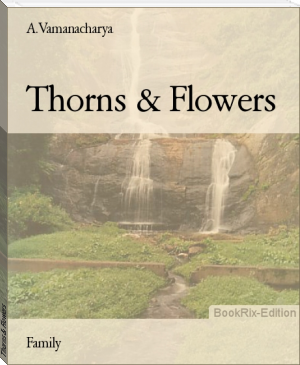 It's a love story of retired bank executive.When he was a middle aged holding responsible position in the bank, suddenly lost his wife and became a widower. One of his colleagues a lady was a widow and both developed intimacy and decided to marry. But the fate was different. She got transfer to far off place and he was promoted and sent to head office. Both did not meet for a long time. In the meantime, he married with another woman with the consent of his grownup son. One day, he along with his new wife went to picnic with few friends. To his astonishment,after a gap of 15 years, he met the same widow in the park.Both recollected the past happenings and holding hands observed by his wife. Tussle started between the ladies. He could not convince both. Thereafter, the widow left the place with heavy heart. After a fortnight, he came to know that the widow took extreme step of suicide. The story ends with tragedy.

Your impression on the main characters appears to be incorrect. Both have been given their due share. I agree with you that Madhura Rao was ignored and insulted in the park. Purohit should have used his wisdom to calm the situation.Purohit was cornered not twice but thrice. Once in city bus, second time in the park and the third occasion of return without seeing the dead body of Madhura.

The main characters in the story Laxman Purohit and Madhura Rao did not enjoy the covetable role. Rao was ignored and insulted in the park. Purohit failed to convince Sujata for the misunderstanding created with Madhura. Purohit being a top level manager of the bank, had to face embarassing situation once in the park surrounded by the friends and another adamant nature of Soumya not allowing him to see the dead body of Madhura.

Your plot is good; but not forceful.
Main character should be still more effective. Situation of the story is suitable. Your description of park is good. This is the place, where lovers express love from the heart. To fall in love there is no age, as you have depicted