The Life Of Nelson, Vol. II. (Of 2) The Embodiment Of The Sea Power Of Great Britain 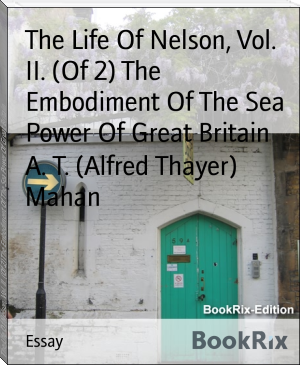 Alfred Thayer Mahan (September 27, 1840 – December 1, 1914) was a United States Navy admiral, geostrategist, and historian, who has been called "the most important American strategist of the nineteenth century."[1] His concept of "sea power" was based on the idea that countries with greater naval power will have greater worldwide impact; it was most famously presented in The Influence of Sea Power Upon History, 1660–1783 (1890).

Why is his makeup better than mine!