HISTORICAL INTRODUCTION TO STUDIES AMONG THE SEDENTARY INDIANS OF NEW MEXICO. 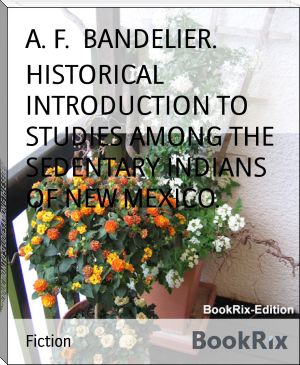 Adolph Francis Alphonse Bandelier (August 6, 1840 – March 18, 1914) was an American archaeologist after whom Bandelier National Monument in New Mexico,United States, is named.Bandelier was born in Bern, Switzerland. When a youth he emigrated to the United States. As a young man he labored unhappily in his family business. Under the mentorship of the pioneering anthropologist Lewis Henry Morgan he turned to scholarship, more particularly to archaeological and ethnological work among the Native Americans of the southwestern United States, Mexico and South America.